Before Intervention, There Was Ed Storti 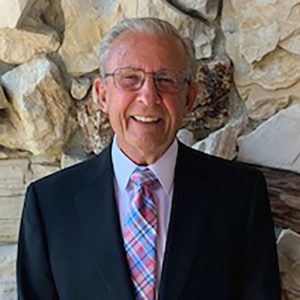 Before Intervention, There Was Ed Storti
BY: BRIAN MACAULAY

Thanks to A&E’s Intervention, most of us are now familiar with what goes on when family members have decided enough is enough in terms of a loved one’s addiction. On television and in movies, interventions have become a cultural cliché, instantly recognizable even before a kind voice begins saying to the target, “We’ve come to talk to you today.” So familiar is the format that the intervention has been parodied everywhere from South Park to Funny or Die.

But for all that the much-lampooned style has reached cultural saturation, that doesn’t mean that those who’d like to find an interventionist or perform an intervention have any idea how interventions actually work or who to call when they have a family member they think needs one. Ed Storti, a pioneer in the field who has over four decades of experience as an interventionist and is considered by many to be the father of the field, helped shed light on some of those issues during a presentation he gave as part of the Pasadena Recovery Center’s ongoing Speaker Series.
Before getting started as an interventionist and long before establishing the now well-known “Storti Model,” Storti worked as a longshoreman, carrying 90-pound crates of bananas that were often also home to tarantulas and snakes. He clearly loves what he does now and says he sees “work” as having stopped for him the day he left the docks in the early 1970’s to pursue it. 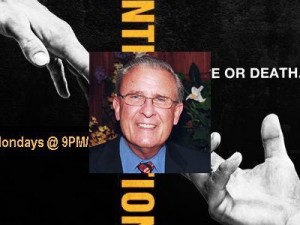 That isn’t to say that Storti’s portrayal of his career was solely rose-colored. He spoke of receiving a call from the family of a 35-year-old man who had been badly caught in the dual web of cocaine and alcohol. “I told them I couldn’t do it [the intervention]until Monday but I’d refer them,” he recalled from the podium. “They said, ‘No, we want you. We’ll wait.’” Storti agreed and planned to use the weekend to prepare. But the family reached out to him that Friday evening with the news that their son had overdosed. “They said, ‘You don’t have to show up—he died,’” Storti recalled. He paused. “Carrying bananas looked good. It haunted me.”

Still, even when Storti does show up, there aren’t any guarantees. He spoke of another intervention he did when the patient refused to enter treatment and died some weeks later. At that man’s funeral, Storti revealed, a loved one spoke about how proud he was to have been a part of what he called the man’s “living eulogy.”

“That’s what intervening is about,” Storti told the audience, which was composed mostly of peers from his field—including Intervention’s Candy Finnigan—and related sectors of addiction treatment. “On the other side, it gives a lot of people hopefully a feeling that ‘at least we’ve done the best that we can do and now we have to take care of ourselves.’”

Of course, not all interventionists are created equal. To be effective, Storti insisted, the interventionist must take care first of his own stability. “You have to be at harmony with yourself,” he said. “When interventionists are angry or upset about other things, they can scar the people they’re working with.” He paused. “If you’re that air traffic controller, you need to be guiding that plane in. You can’t be thinking about some resentment or issue of past while you’re taking that particular case.”

The air traffic controller metaphor isn’t as far fetched as it may initially sound. Storti reflected on an intervention he did on a meth addict in Arizona when the addict excused himself from the room. “He comes back and he had a black bag,” Storti revealed. “He puts it down and pulls out a .44 Magnum.” Instead of running, Storti listened to what the man was saying: in his wired, erratic state, he just wanted to know who would take care of his prized gun if he went to treatment. Storti asked a certain family member if he would bear that responsibility and the meth addict calmed down and ended up flying with Storti to a treatment center later that day.

For the ordinary family seeking help, it’s crucial to follow the guidelines Storti discussed. He’s a member of the Association of Intervention Specialists, an international trade association that has spent the last two decades seeking both to set standards in the profession and to educate specialists. Storti explained that he always urges interventionists to take the proper legal cautions, to obtain insurance against malpractice actions and to make sure they have families sign legal releases.

Of course, even when you’re working with a pro, an intervention isn’t full proof. Still, Storti says that about 90% of the people he approaches agree to enter treatment. “The short term goals of intervening are simply that they [the addict]are available, they sit, and they listen,” Storti said. “What you hope for is that the group can then take over and speak to the person’s heart.”

Before Intervention, There Was Ed Storti / by Brian Macaulay / Source